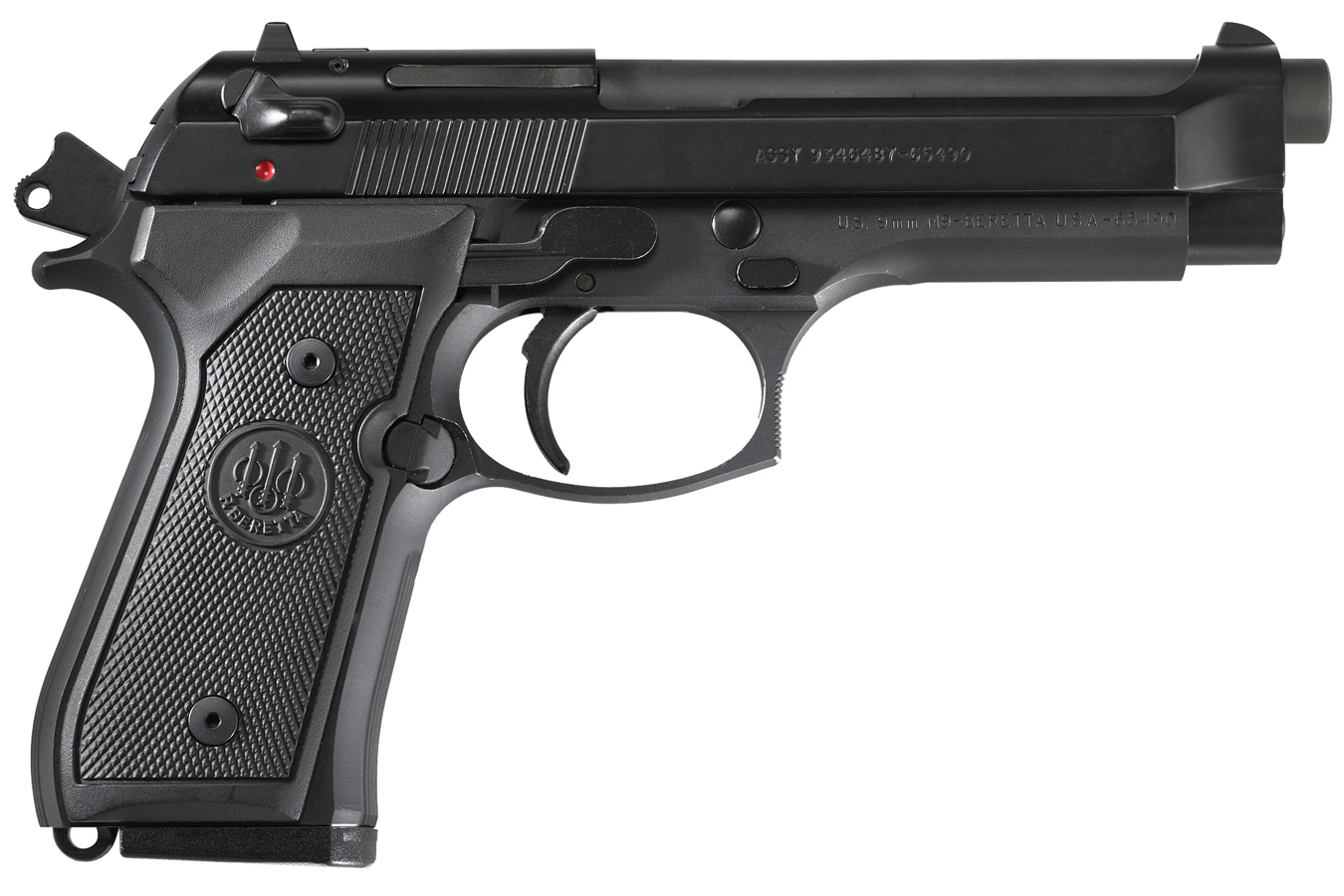 This legendary semiauto handgun has not only won the historic contract with the US military in 1985, but has achieved a triumphant contract renewal after more than two decades of hard use in the world’s toughest and most extreme conditions, from the scorching deserts of Iraq to the frigid heights of the Afghan mountains. A contract renewal after this kind of use and abuse means a product that has kept its promises--and then some. Simply put, there is no pistol today that is as durable, reliable, dependable, easy to use, safe and accurate as the Beretta M9, the handgun that has rightfully earned the nickname of “World Defender.”

When we talk US military standards, we talk hard numbers, not opinions. The M9 has been put through impossibly-rigorous durability and reliability tests that greatly exceed any kind of real-life situation--and it has passed them all with flying colors. For instance, it will keep functioning in temperatures as low as -40 F and as high as +140 F, and it consistently fires over 35,000 rounds of commercial ammunition before a failure. It will keep functioning reliably even after being buried in the sand or snow, or being repeatedly dropped on hard surfaces like asphalt or concrete. Beretta’s engineering experience and the quality of the steels used enable this kind of reliability, on which America’s servicemen and women depend every day.

This gun is solid, feels good in your hand, and performs better than expected. Waiting for more to come in to grab a second.

This Beretta is great. Well made and so easy to shoot. I am a average shooter but this gun greatly improves my abilities. Put first 150 115 grn Winchester WB ammo though it and not one ftf or fte. Trigger in SA feels like a quality 1911. DA is long and it acts as a additional safety feature in my mind. Purchasing from Sportsman’s is a joy. Good price and fast shipping. Good company to do business with and will purchase from them again.

I love it! Fun and reliable glad I added it to my collection!