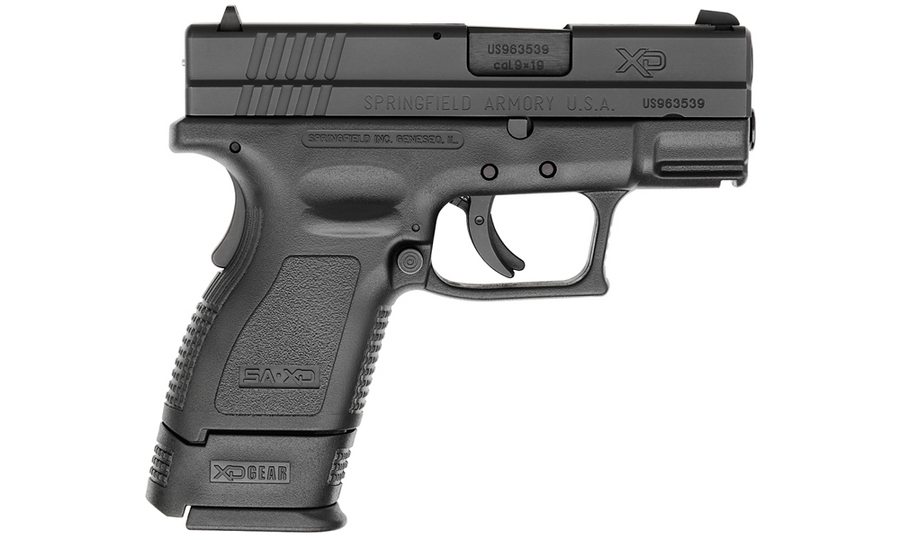 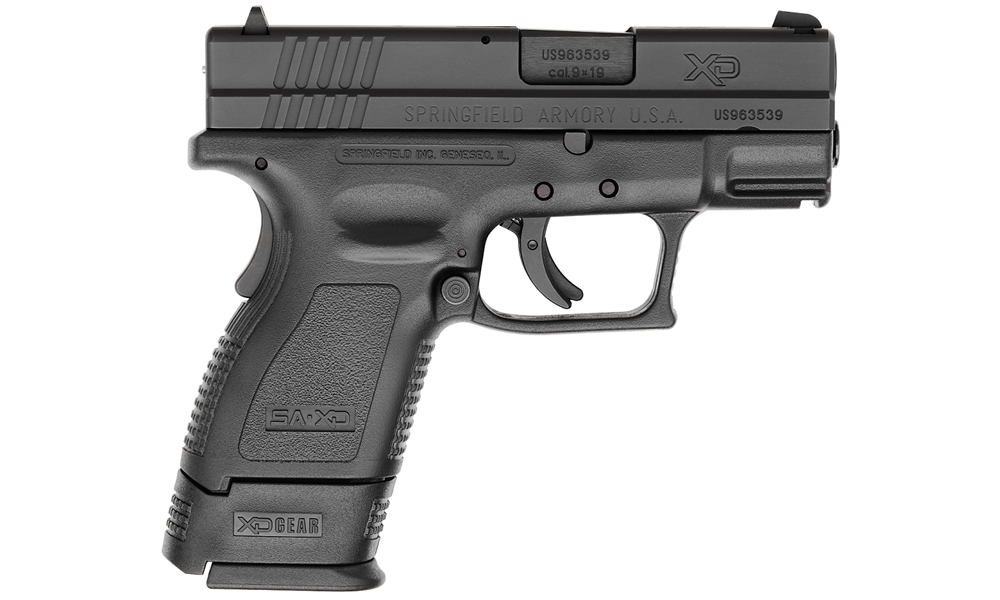 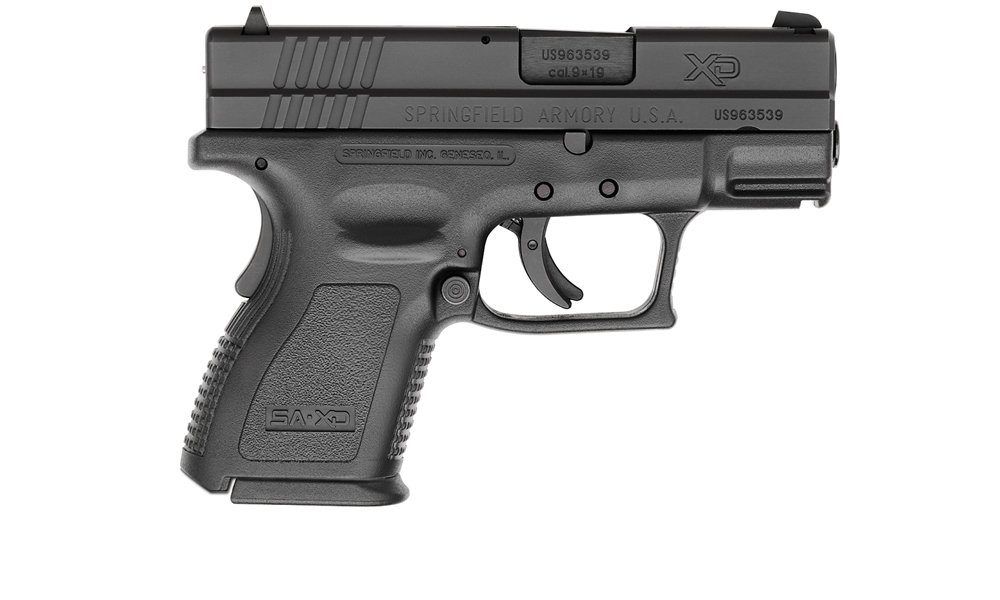 The Sub-Compact 3” XD pistol is the ultimate in self defense firearms. The shortest carry polymer pistol in the world that features the only light rail in its class.

The Springfield XD’s legendary Point and Shoot Ergonomics combines natural pointability with a compact, contoured polymer grip. The result is an instrument that feels more like a natural extension of your body than an object in your hand. This model also includes the Complete XD Gear Package.

My 1st weapon for many, many years. My, how things have gotten better. Like a .380 better but it just won't get the job done when it comes to stopping a bad guy.
My choice came down to this and the S&W M&P. Both look good. The XDs double safety sold it for me. The accuracy for a small weapon is really good. Have been firing 200-300 rounds a week for awhile with this. Not had a single issue. Very pleased with this choice.

This SA XD 9mm pistol is a little on the heavy side for a daily carry, but it is deadly accurate at 30ft, with 16 rd mags. Reliable, and I have never had a failure or stove-pipe. As my first concealed carry weapon I felt secure and, while a bit bulky, it did not print obviously on my clothing or waist. I bought this in 2013, and have since added an SA 911 .380 to my carry options. I now use the XD as a range and home defense weapon for the most part.

Put 200 rounds through this gun so far. No issues with great accuracy. A little heavy for concealed carry for the wife but perfect for me. Nice pistol at a great price.

I compared the xd9 sub compact with the S&W shield. I bought a box of 50 9mm,emtied the box sharing ammo with both pistols.Both pistols were fun to shoot and both did what they were to suppose to do, pop off each round without problem.At the display case holding each gun at that time it was hard to pick which one to buy.Time to try em both.The shield was alittle harder to align those 3 dots up since the gun is so narrow,I liked the XD9 better since the spread of its 3 dot where wider apart so the target was easier to see when aligning with the site. Since I have a large hand the xd felt more at home then the shield. Let me mention something about the shields trigger guard texture at the bottom,about a quarter of an inch aft as it sloaps torward the butt of the gun,it started to wear away my skin after about 20 shots it left a skin chaff on the top of my middle finger due to the underside of its trigger guard having a ruff texture on it like the texture thats around the butt of the gun.