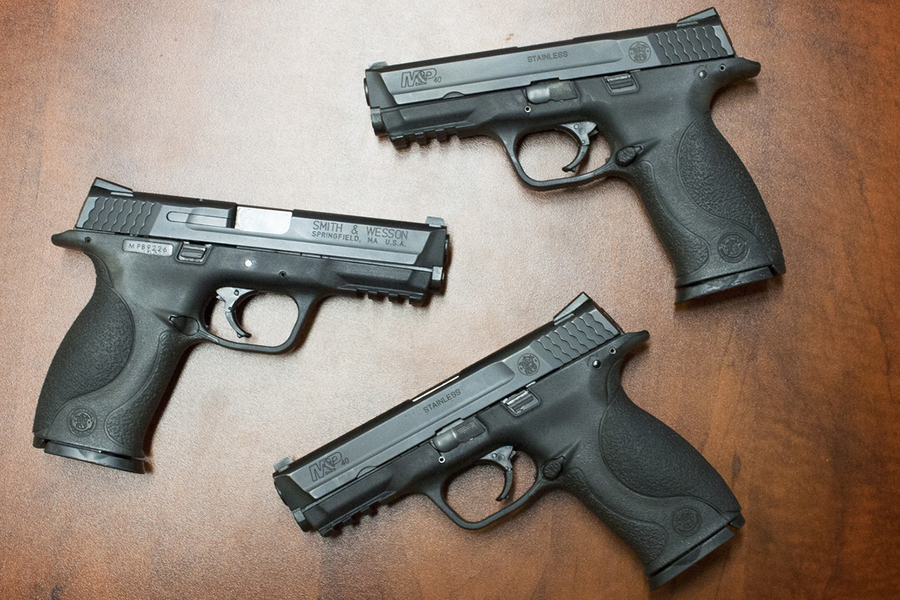 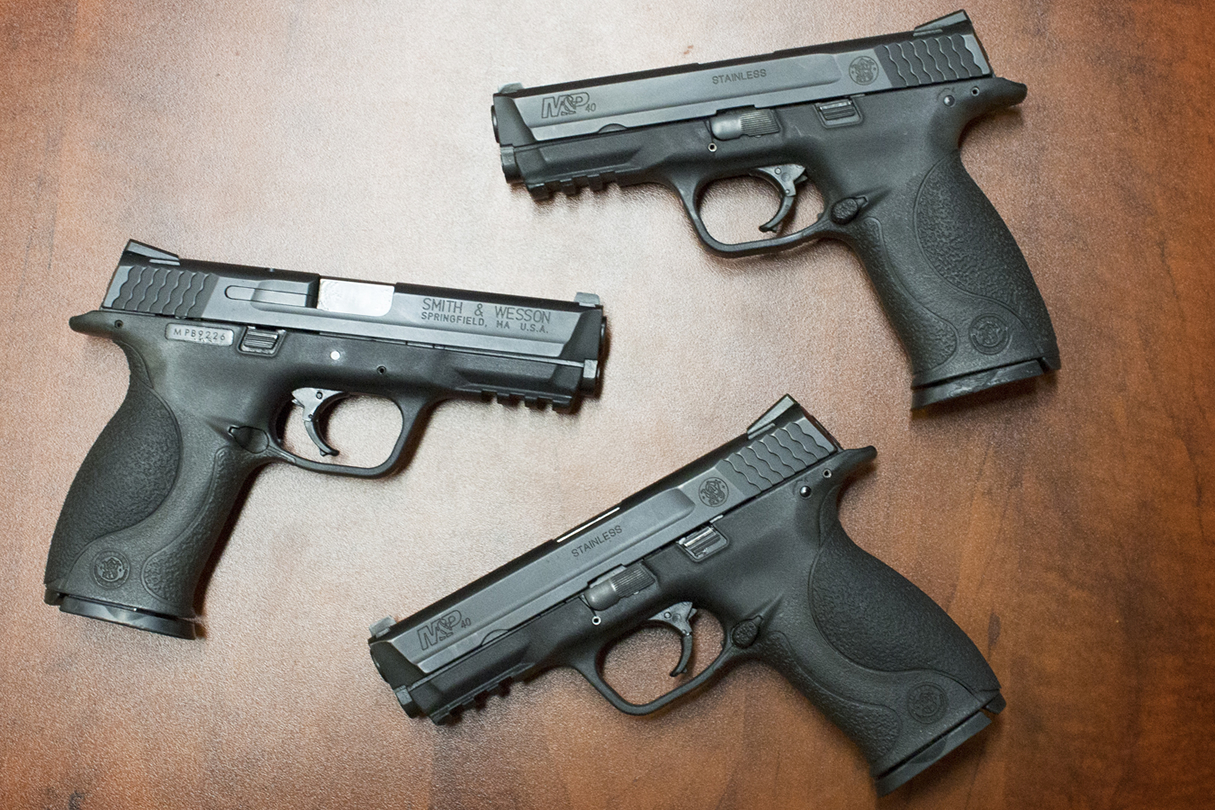 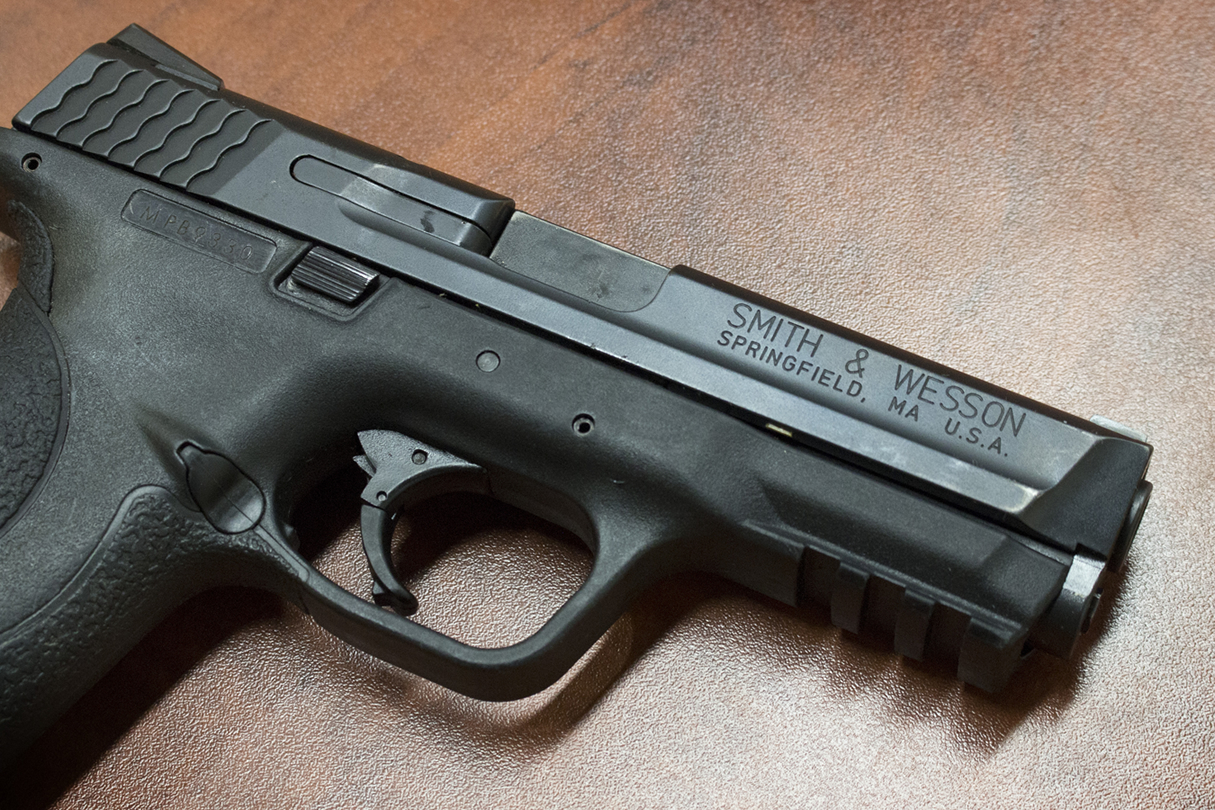 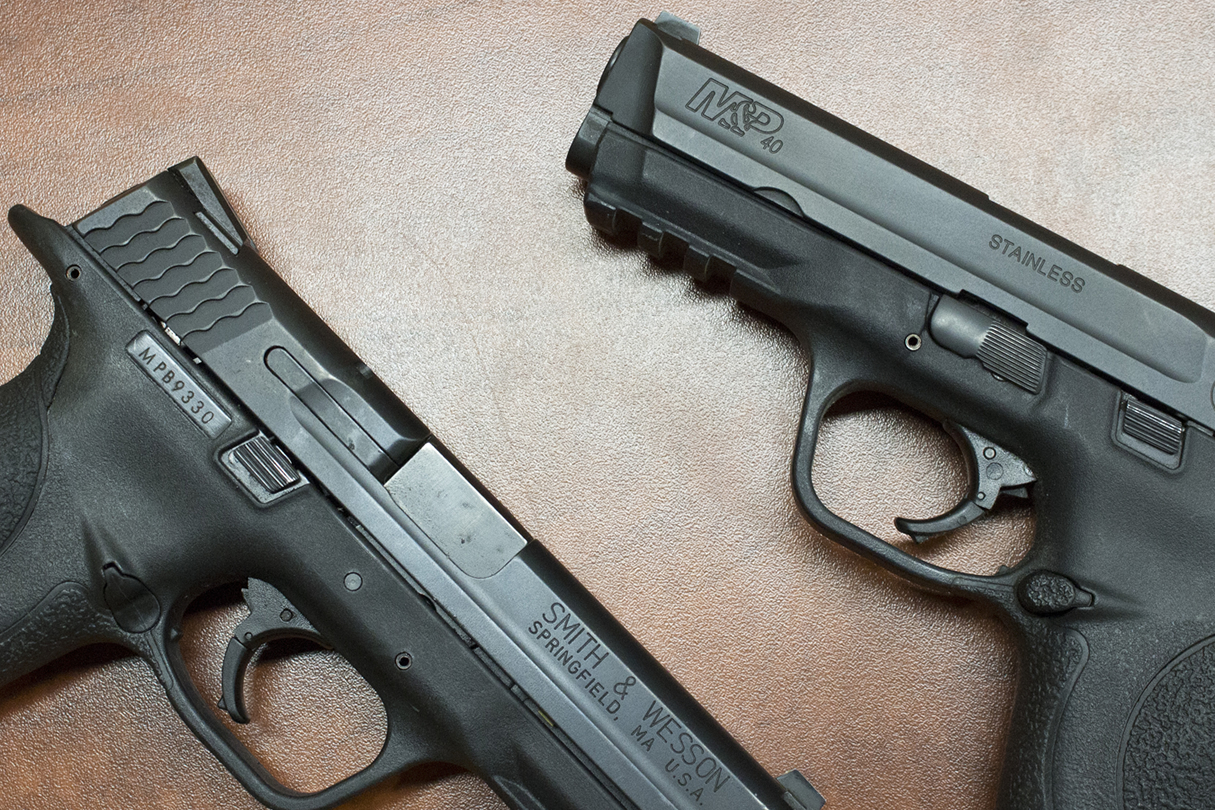 The photos represent the overall condition of these Smith & Wesson M&P40 police trades, which are in good condition. Each pistol comes with one 15-round magazine.

Price is for one Smith & Wesson M&P40 pistol. As with many used and police trade-in firearms, these may contain scratches and/or holster wear. This is not always the case, but should not be unexpected.

Purchased the M&P40 as a Police Trade in and it was in great condition with just a little wear on the slide release. I have put a 100 rounds through it so far and it performs great. Shipping was fast and easy. I will be purchasing more firearms through Sportsman's Outdoor Superstore.

Just picked up the S&W M&P40 police trade. Nice looking weapon, some holster wear on top no big deal to me. Shot very little. All straps came with it and 3 mags. Will shoot it later this week and give it another review. Might buy another one soon!

Ordered gun on a Monday, it arrived to my FFL on Thursday. For a police trade-in, I was a little leary but got a great deal. Came in a hard case two magazines and all three back straps. Night sights still worked.