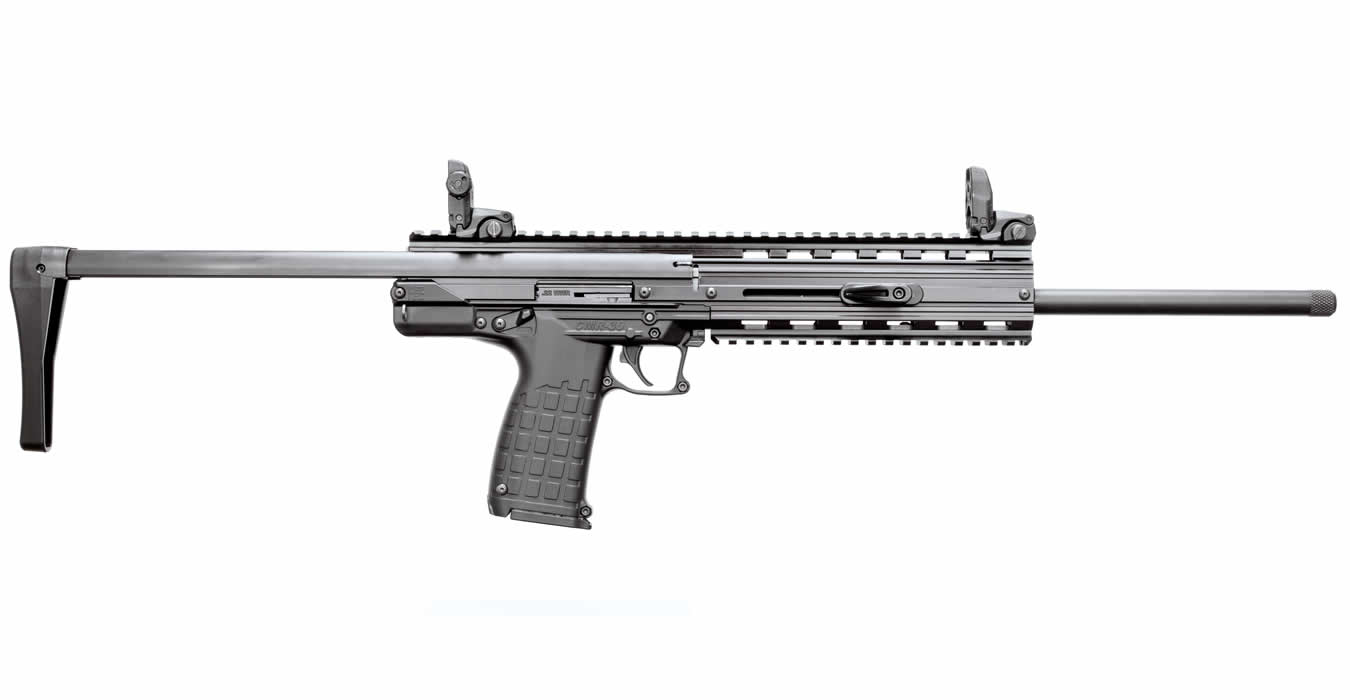 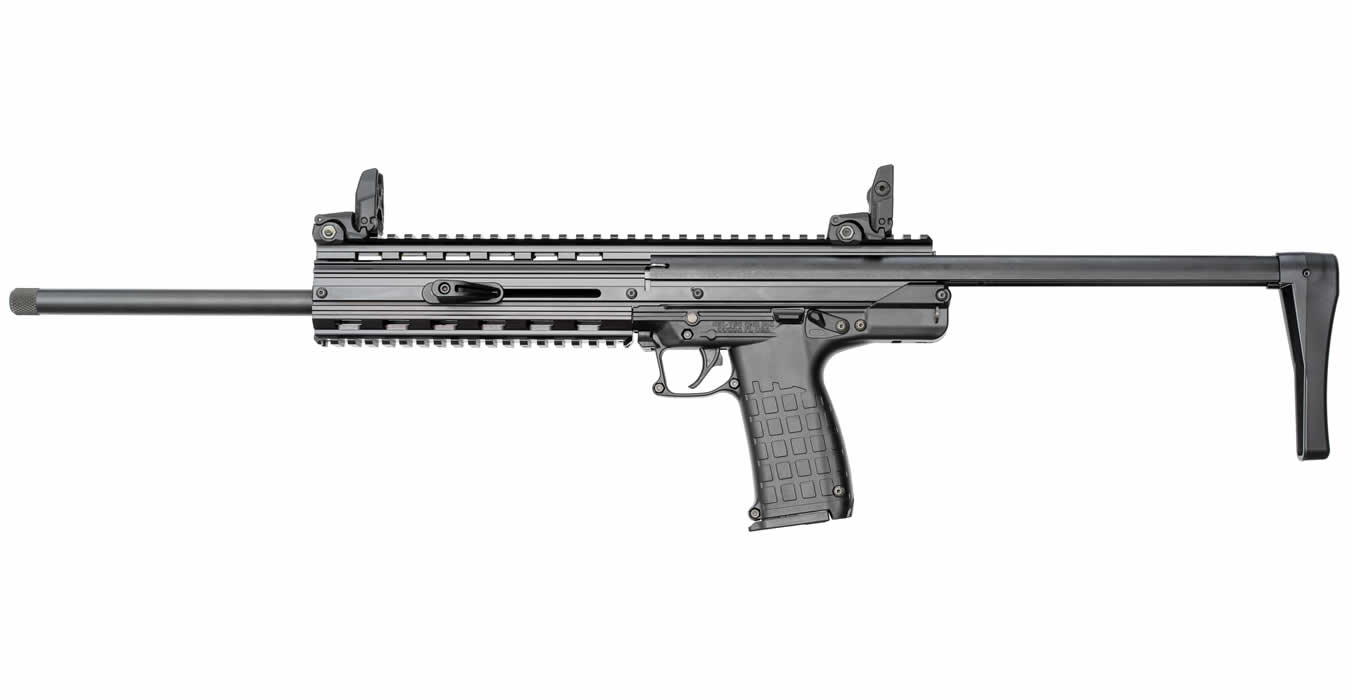 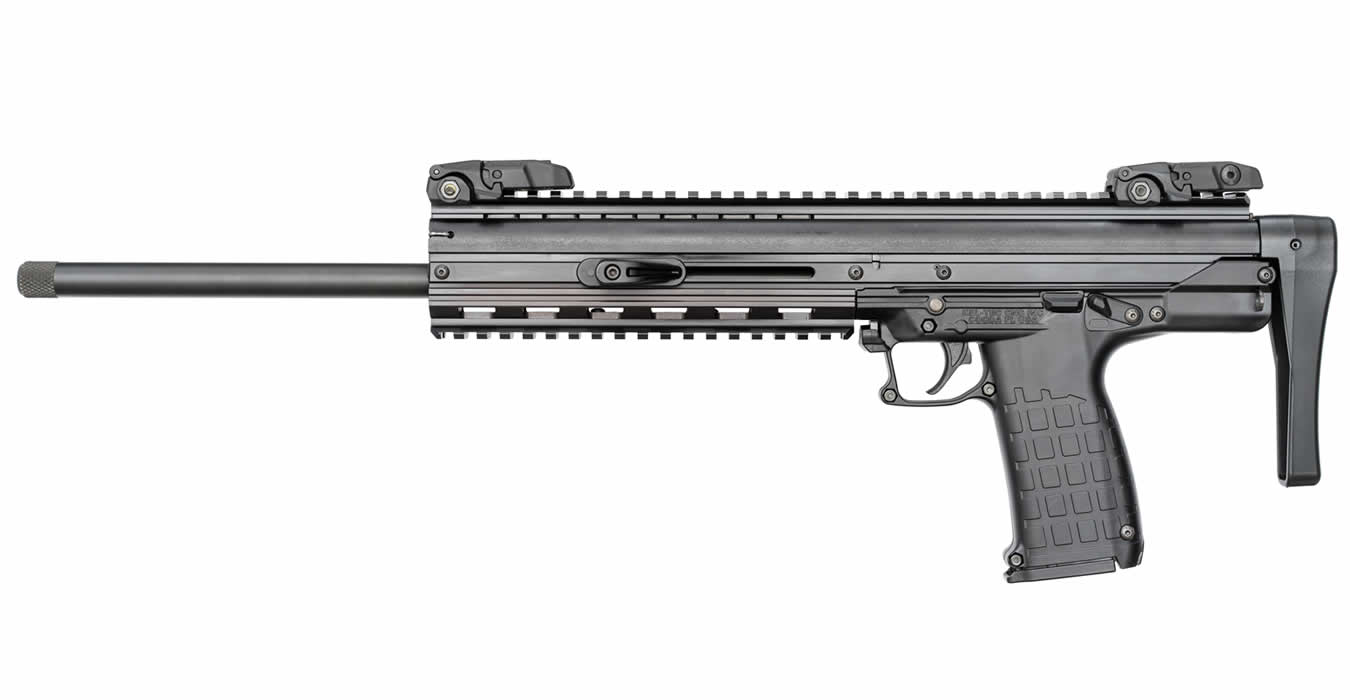 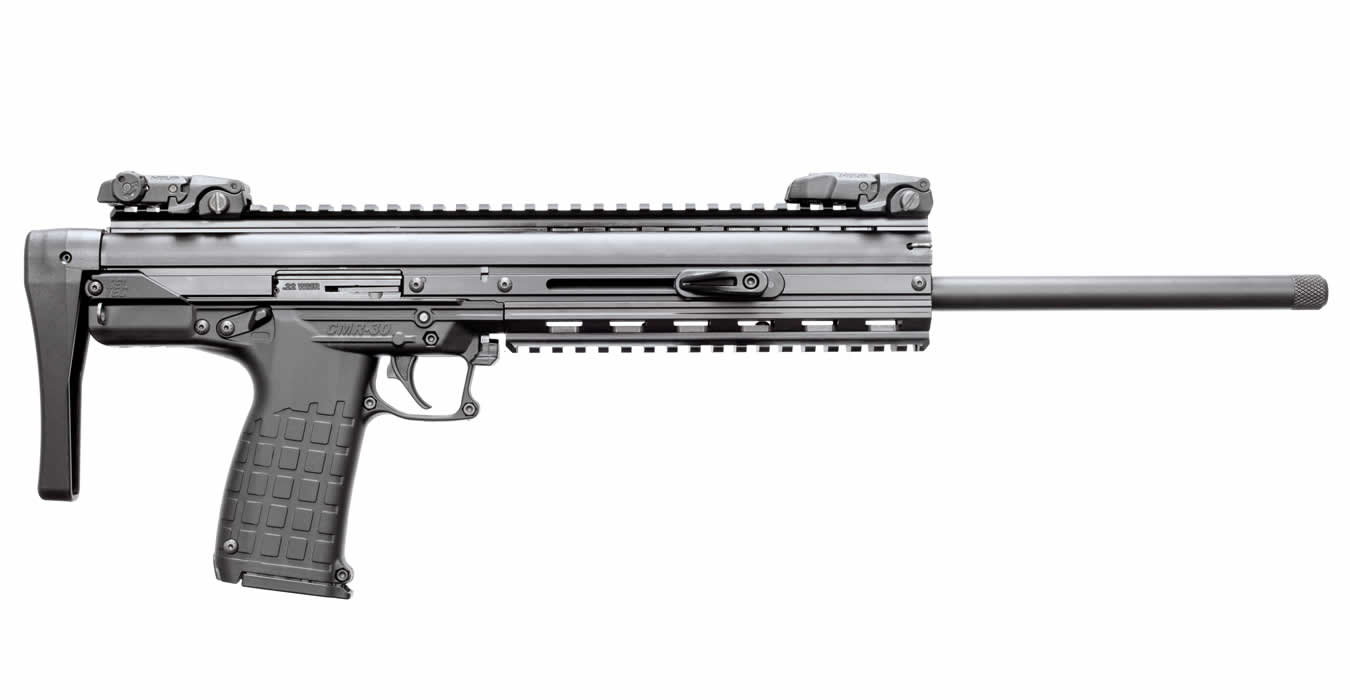 The Kel-Tec CMR-30 Rifle is chambered for the .22WMR cartridge (22 Magnum). The design is a rifle version of the popular Kel-Tec PMR-30 pistol. The same 30 round magazines are used. The single action trigger mechanism, bolt stop, ambidextrous safety levers, and mag catch are also identical. The CMR-30 rifle includes a collapsible stock and the 16” barrel is threaded 1/2”-28 to accept many different muzzle attachments. The multi-position collapsible stock allows for a short overall length of 22.7” with the stock collapsed, and 30.6” when extended. The long top picatinny rail will accept a multitude of different optics, and the removable under picatinny rail is included. The ambidextrous operating handles are non-reciprocating and latch in the forward position. The stock latch lever is also ambidextrous and located just in front of the trigger guard. An integral sling loop is included near the rear of the grip, on both sides.

The CMR-30 is constructed of hard-coat anodized aluminum for the upper assembly and rails and houses the steel barrel. The collapsible stock is made with aluminum stock rods, and a nylon butt plate. The stock was designed to have a natural cheek weld when extended. The grip, mag catch, safety levers, stock latch, and operating handles are made of glass reinforced nylon (Zytel). The grip houses the frame which is made of aluminum. The bolt assembly houses a captive recoil spring assembly. Magpul® flip-up sights included.

The extensive use of aluminum, and a lock time lower than most bolt action rifles makes the CMR-30 a very accurate rifle.